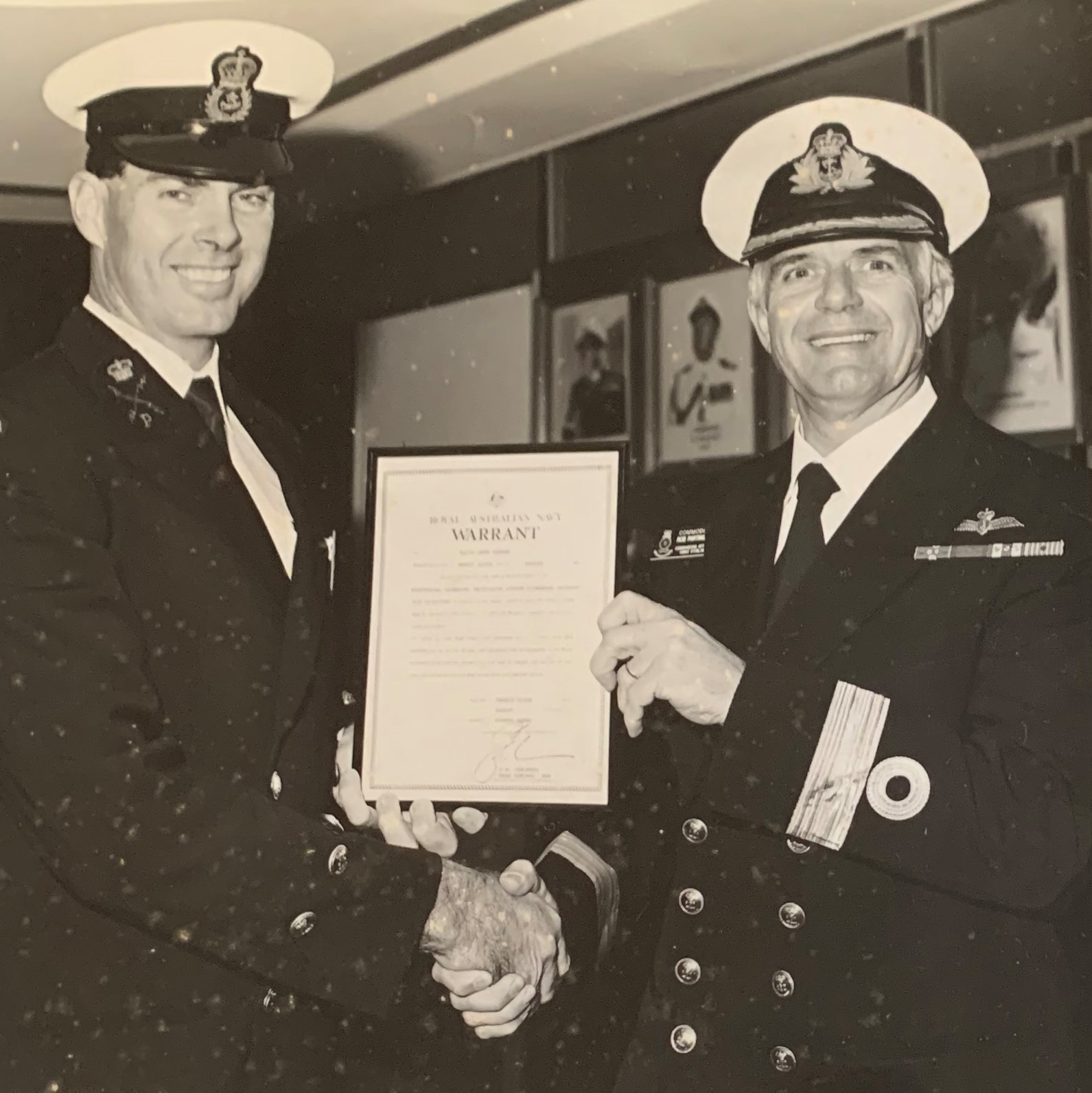 Keith Calder, our Product Development Officer, has always pushed boundaries when it comes to design. He loves nothing more than a design challenge. In the 1990s Keith was actually awarded an Australia Day Medal to his dedication and pursuit of excellence for both the maintenance of electrical systems and staff development.

At the time, Keith worked in the navy in submarines, and was based at HMAS Platypus. A potentially serious issue had arisen around oil ingress from the diesels into the generators. If this occurred, the generators would not be able to run, putting the submarine and the crew at risk. Submarines run on batteries, and if only one generator is working, recharging can take many hours or days, which results in the submarine operating at sub optimal performance.

Heading a team that worked 24/7 around the clock over a period of 3 months, Keith designed a process of re-insulating the copper bars of the DC generators. It basically meant redoing the insulation of the generators’ field windings. It was a simple, but effective solution to the problem and ensured the ongoing operation of the submarine and safety of the crew. Keith’s design process was implemented when the submarines’ generators had low insulation and lasted for the duration of their commissioned life cycle. Keith was sent to Hawaii to repair an Australian submarine.

Keith was nominated for an Australia Day Medal as his design had solved a potentially serious down time issue of the generating capacity on board an operational submarine. This would limit the submarines ability to carry out its missions undetected if having to run on a single diesel to recharge their batteries.

Keith was unaware of being nominated until he was told to report to the captain of the submarine for a presentation.

“I was shocked …I had no idea. They had kept the nomination quiet. When they presented me with the medal, I turned it over to discover they’d got one of the letters in my name wrong…they had to send it back. I got it back 4 months later. I was thrilled that my work was recognised like this…I was just doing my job. I do get huge personal satisfaction out of solving a design problem. It’s why I now enjoy my work at TMAC so much…we’re constantly being presented with design challenges from our customers…some of which are deemed insolvable. They’re the ones I can really get my teeth stuck into,” Keith commented.

“Keith deals with some incredible design challenges on behalf of our energy customers. What I really love about Keith is the way he’s not happy with creating a solution that meets 95% of the customer needs…he strives for 100%. I think his background in navy submarines has really honed his ability to think outside the square and come up with a solution that no-one else has been able to deliver. He personifies TMAC’s commitment to innovation and pushing boundaries. ”

When Keith worked with John Gibson at Seaforth Mowers and Bikeaide Products they invented a No Pinch tyre remover for pushbikes. This was awarded first place at a World Inventor’s Exhibition for their invention. Which just goes to prove Keith’s design skills are as good on land as well as several hundred feet under water.

Check out Keith explaining some of his latest product designs: https://www.youtube.com/channel/UCsVFl8jcQ-_fPE1vt4ikU2w